Am I Rent Stabilized?

Half of all apartments in NYC are rent stabilized. Find out if yours is one of them. 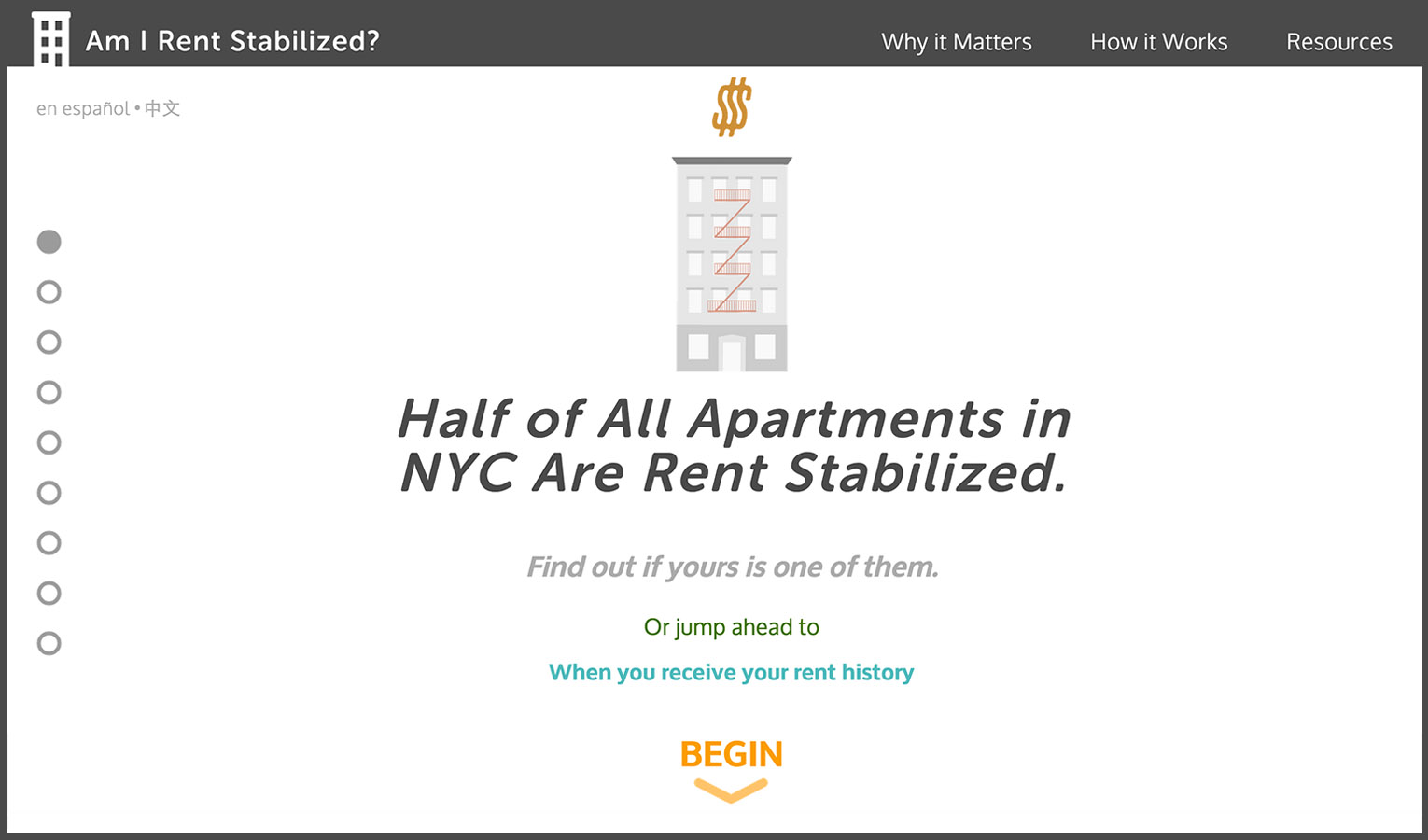 Am I Rent Stabilized is a web application that encourages New York City tenants to find out if their landlord may be illegally overcharging them for a rent stabilized apartment and if so, motivates them to take action. It is an attempt at using open data as a prompt for civic action, rather than solely for visualization and analysis. The app asks the user to input their address and checks it against a database of properties that are likely to have rent stabilized apartments. From here the app recommends a course of action and informs the user of their nearest tenants rights group so they can get help. The app features a responsive interface that is mobile friendly, and its content can be toggled to either Spanish or Chinese for non-english speakers.


Am I Rent Stabilized? is a web application that encourages New York City tenants to find out if their landlord may be illegally overcharging them in legally regulated rent and if so, motivates them to take action. It is an attempt at using open data as a prompt for civic action, rather than solely for visualization and analysis. The project stems from an investigation into the process by which NYC landlords are required to register their rent stabilized apartments with the NY state government Department of Housing and Community Renewal, with no penalty if they refuse to do so. This is currently a huge problem in regards to preserving the existing affordable housing stock in NYC, where many landlords intentionally and illegitimately destabilize rent regulated units so they may rent them at market rate. Often this may involve harassing longterm tenants who are paying cheaper rents to coerce them into vacating their rent regulated apartments. It is estimated that this has resulted in a loss of 300,000 rent regulated units since vacancy decontrol was introduced into the NY Rent Law during the 1990’s.

The project developed following a Freedom of Information Law request for the list of rent stabilized buildings from the New York Department of Housing and Community Renewal (DHCR). Although the most current version of this list exists on the NYC Rent Guideline Boards website, it is locked away in PDF format and thus not machine readable. After acquiring the data in excel format, the author was able to determine the discrepancy between buildings that have been registered and those that are likely unregistered with the DHCR as having rent stabilized apartments. This was accomplished through comparing properties on the DHCR list with a query on NYC’s PLUTO tax lot database for properties with buildings that were built prior to 1974 with 6 or more residential units that aren’t coops or condos and don’t belong to the NYC Housing Authority. This query is generally touted by city officials and affordable housing advocates as how to tell if a building likely has rent stabilized apartments.

The data highlights the fact that many landlords are not registering their rent stabilized apartments with the DHCR and potentially lying to new tenants that move into rent stabilized units. Furthermore, the burden of proof is placed on the tenant, as until recently (a new housing task force was recently announced by Mayor de Blasio) there hasn’t appeared to be any government agency proactively looking into these illegitimate practices by landlords. The system in place requires that the tenant must file a complaint with DHCR and/or take their landlord to court to dispute a rent overcharge. If the case is found to be valid the landlord will be required by the DHCR to reimburse the tenant in back rent.

Am I Rent Stabilized uses a combination of data derived from the NYC PLUTO query described above with the DHCR list of rent stabilized buildings to search a user’s address. Whether or not the user’s address turns up in the database the app encourages them to request their rent history which provides a better indicator as to whether or not an apartment is rent stabilized. After receiving their rent history, the app recommends that the user seek advice of a tenants rights group if the rent history is unclear, or to file a complaint with the DHCR. The app is then able to tell the user if they reside in a service area for a neighborhood tenants rights group. It also points them to city and borough wide resources for helping renters.

The following people and organizations contributed to helping with this project:

* Caroline Woolard originally gave me the idea to build the site.

* BetaNYC and its members provided much needed technical & motivational support.

The Code for the project can be accessed via Github. 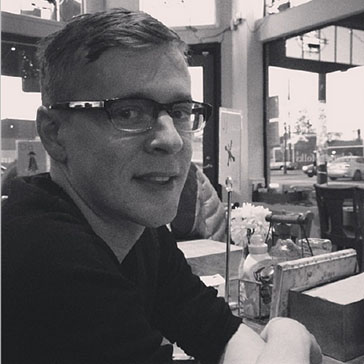 Chris Henrick currently lives in Brooklyn, NY where he explores new methods of using technology to combine cartography, interactive narrative, and data for the web. His most recent work seeks to use technology and open data to promote civic engagement and social justice. As part of his interest in education he helps co-organize Maptime NYC, a volunteer group that is dedicated to educating non-experts about GIS, cartography and interactive web-mapping with open source software. Chris is a winner of the 2015 New Challenge competition for his proposal Tools For Housing Justice. Prior to attending Parsons he worked as a Cartographer and GIS specialist at Avalon Travel Publishing in Berkeley, CA. Additionally Chris has performed consultant work for the Oakland Museum of California, as well as for independent authors. His undergraduate degree is in Geography and Urban Studies, from Temple University in Philadelphia, PA.