an abstract visual music interpretation of our online communication and behaviors 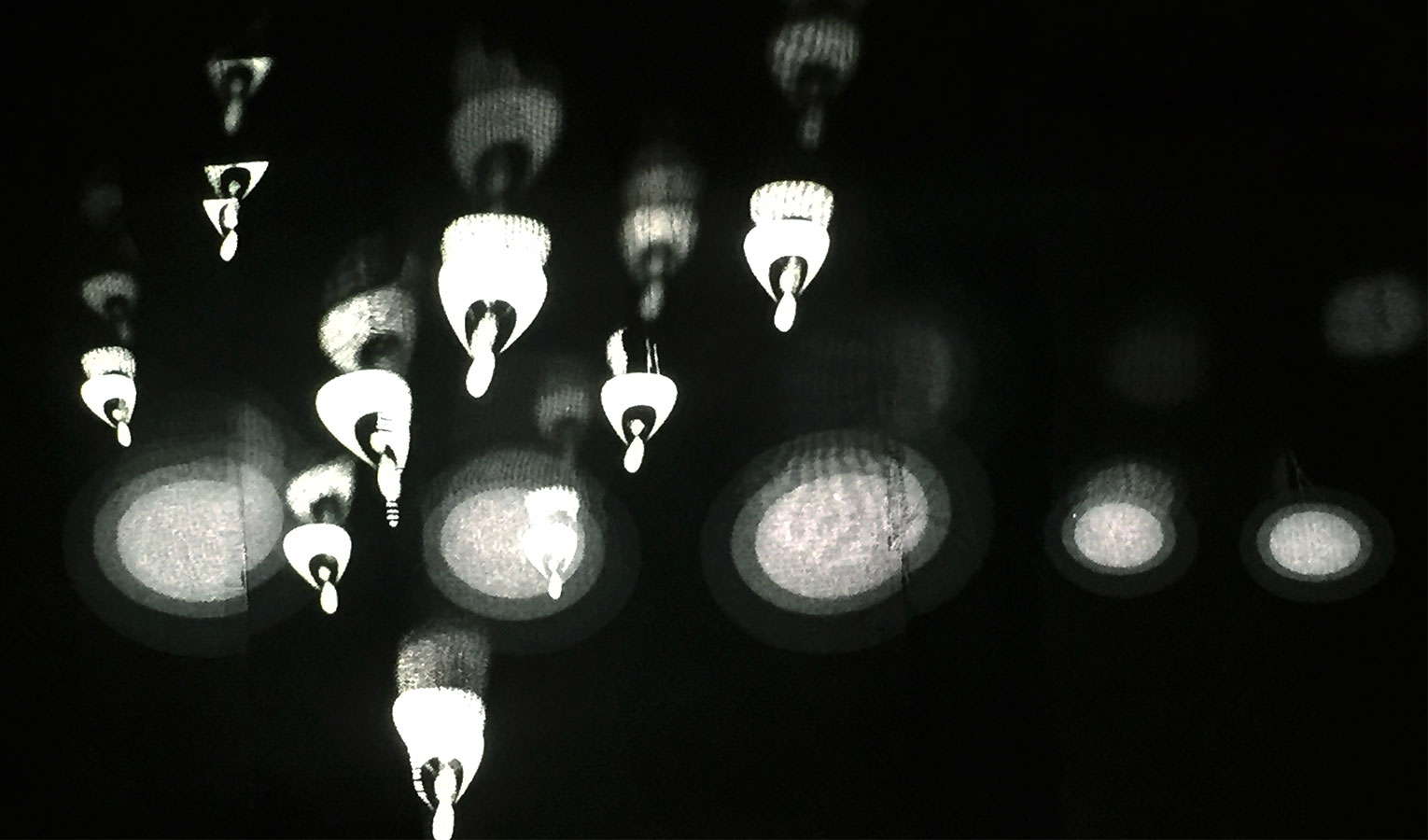 skēm is a live theatrical performance that transposes purely text-based online communication into a visual music narrative to draw out the power and implications of our online behaviors and communications. The performance is set in an online chat forum centered on Gamergate and uses word sentiment analysis and speech patterns to create the narrative and performance components. skēm is designed for the stage and is composed of live digital and analog music, dynamic visualizations, and an actor. The analysis of the words and communication structure are essential building blocks for the piece, but with each step in its creation, skēm becomes its own story of interpretation.


skēm is a live theatrical performance that transposes purely text-based online communication into a visual music narrative to bring a discourse around the power and implications of our online behaviors and communications. The performance will be based on Gamergate and an IRC chat log spanning nearly two week’s time. The anonymous forum conversation exposes a tangled conspiracy to destroy Zoe Quinn (the spark and centerpiece of the Gamergate narrative) under the guise of a grassroots uprising fighting for ethics in games journalism. (It must be noted that the fascination in skēm lies with the behaviors afforded by the online platforms and uses Gamergate as an exemplary case.) skēm aims to highlight the translation and interpretation shaped by these online platforms and their consequential reform of human dynamics.

At the core of any performance is audience reception, and philosopher Dennis Dutton believes that the urge to experience an arts event is based on the desire for knowledge of another person. We see this same desire played out in other contexts such as the Internet. Though not their intention, systems and platforms like Facebook and Twitter afford this kind of participation, and when coupled with our inherent desire to make meaning or gather knowledge, specifically of others, we have just socially constructed this performer-audience relationship online.

And we have seen the ramifications of this behavior for better and for worse. The fear that strikes me lies in the proliferation of cyber harassment and misogyny found in our online communities. And media theorist Vin Crosbie speaks to the change in approach to communication: Theater, radio, or television provides a one-to-many approach, which is essentially one messenger to a mass audience. On the contrary, the Internet promotes a many-to-many approach to communication, which takes the responsibility of a message from one to everyone.

With Gamergate, an anonymous forum was used to strategize the downfall of female game designer Zoe Quinn. The vulgar comments, death wishes, and public exposure of deeply personal images and information were a product of several individuals. We often hear the whole is greater than the sum of its parts, and it is this concept of the whole that diffuses the guilt and responsibility of the individual. The full text is over 3,700 pages long and saturated with jargon, shadowing the intricacies and depths of the individual characters, motivations, and the social structures that mirror real life. It is with skēm that I plan to draw out the individual powers at play and the transforming system of communication.

skēm covers the first quarter of the IRC chat log and is performed in four acts. The text analysis utilizes the Natural Language Toolkit (NLTK) open source software, AlchemyLanguage API, and the Hashtag Emotion Lexicon authored by Saif Mohammad of the National Research Council Canada. NLTK and AlchemyLanguage text analysis provided the key themes, user interaction frequency, and sentiment to write the narrative arc and flow. The Hashtag Emotion Lexicon analysis provided the overall emotional texture for each act and the emotion scores were transposed into the base soundtrack for the piece. The performance is composed of a live discourse between the base emotional texture (programmed sound) and the events in the narrative (piano) in correlation with an actor and dynamic visualizations. It is a product of a wonderful collaboration with Arlen Ginsburg (musician and composer) and Tim Mele (actor).

I chose performance as the medium due to my performing arts background and my draw to what experiences live performance affords. Though interpretation is nuanced by the individual, live performance creates a shared environment for the experience and enforces those real physical attributes that are not inherent with virtual or text communication. The analysis of the words and communication structure are essential building blocks for the piece, but with each step in the creative process, skēm becomes its own story of interpretation. 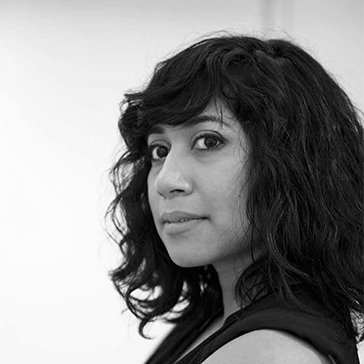 Gabi Patacsil is an experience designer, strategist and producer working across several sectors, from technology and government, to cultural and higher ed institutions. She received her BA in Architecture from UC Berkeley and came to the Design and Technology program to expand her understanding of technology's influence on our social behaviors. Her past also includes an extensive background in the performing arts: acting, directing, producing and designing for the stage and film. Gabi uses her understanding of space, movement and storytelling to create compelling experiences that speak to the changes in human expression and interpretation.