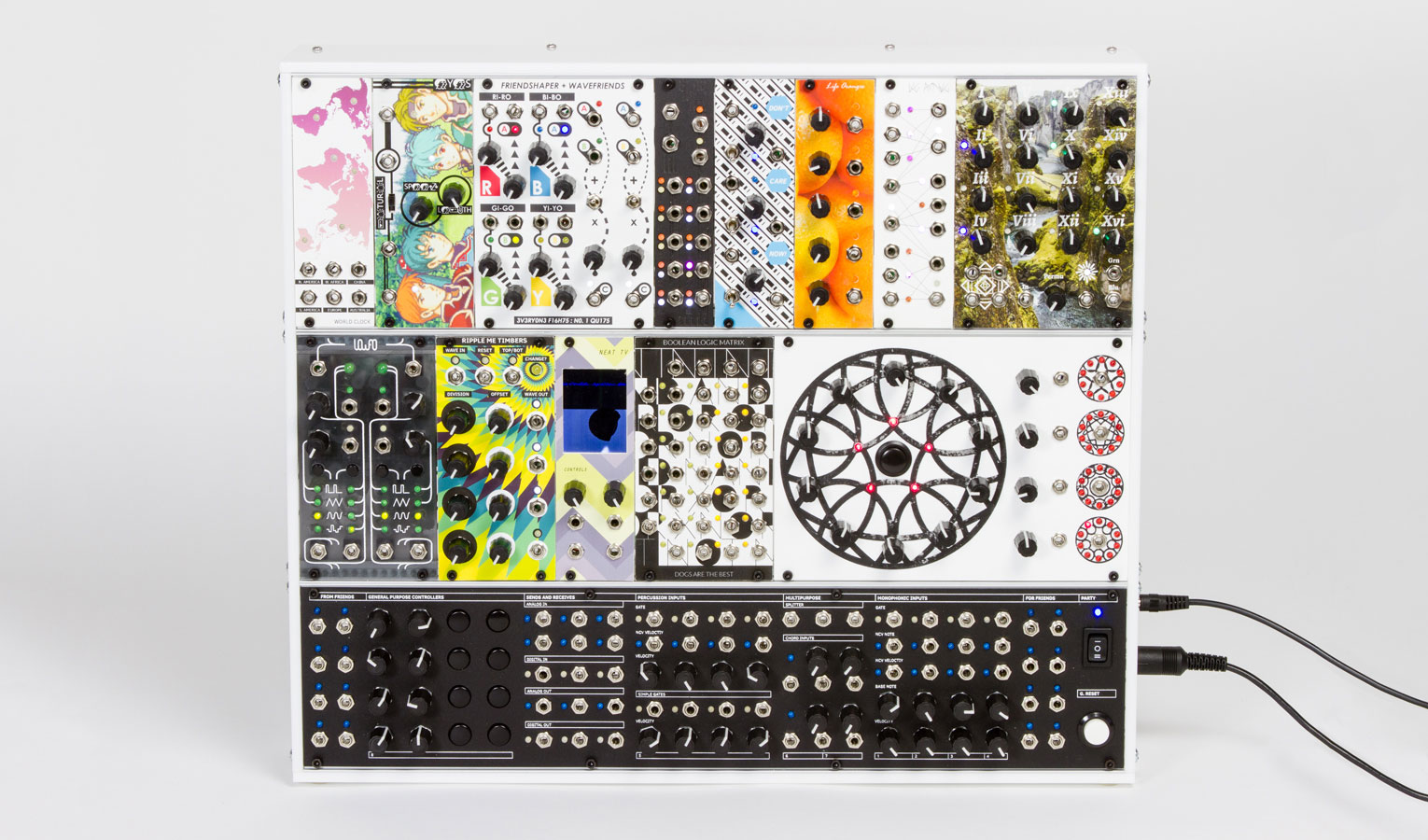 Theseus is a platform for designing modular electronics instruments for musical and visual composition. Building on the Eurorack analog synthesizer standard, the platform uses ⅛” patch cables to interconnect modules. However, unlike the Eurorack standard, Theseus is entirely digital and produces MIDI/OSC control messages rather than audio signals. This simplification in fidelity greatly reduces the cost of materials and complexity of electronic circuits, making patch cable compositional systems more accessible artists and musicians. A collection of 14 modules was designed to demonstrate the potential of such a platform. These modules highlight what designs become possible when material expenses drop and prototyping time is shortened.


The Theseus platform is composed of four elements. The first is an electronic infrastructure is made up of eight printed circuit boards that can be selected and recombined to suit the demands of the module. Second, the platform employs a set of standard electronic and hardware components including acrylic sheets, patch cables, rotary potentiometers, and LEDs. Third, several software libraries are used to simplify the programming of each module’s functionality following its fabrication. Finally, to facilitate communication between modules and consumer music/visualization programs, a software interface allows users to route and map signals as they see fit.

There are three module types: generators, processors, and receivers. Generators produce a signal that can be sent to a processing module or connected directly to a receiver module. Signals are indicated by blinking or fading LEDs. Processing modules take existing signals, apply a mathematical operation to them, and output an altered signal. Receivers are the final destination in the signal’s path. This is where the received message will be translated into a digital protocol for interfacing with computer software. Given these three module types and the near infinite number of combinations, it becomes possible to craft unique and deliberate musical and visual compositions using Theseus.

The modular system presented in the accompanying photos demonstrates the extent to which personalization of electronic instruments becomes possible when barriers to entry are lowered. In this case, I focused primarily on designing modules that could not exist in an analog system, whether due to cost of production, esoteric functionality, or analog electrical limitations. As modules can be reprogrammed to serve any functional purpose, I chose to forego traditional labels in favor of a more playful and interpretive aesthetic in the graphic design. 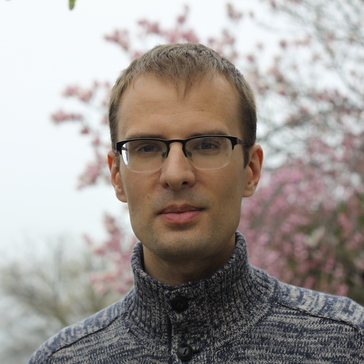 Brendan Byrne is an electronics artist, curator, and instrument designer from Brooklyn. His work has been exhibited in venues such as the Game Science Center in Berlin, Eyebeam, and SF MoMA. Brendan has curated electronic and experimental performances in New York City for the past six years. In this time, he curated the world's largest circuit-bending festival, Bent Fest, and co-founded the in/out Computer Music Festival. In Spring 2012 Brendan founded Xiwi Electronics, a small design and fabrication studio dedicated to crafting beautiful devices for navigating electronic environments. Xiwi's designs have been featured on the Adafruit blog, Hackaday, and the Daily Dot. He is a current contributing artist to the real-time media performance group Fast Food Collective.