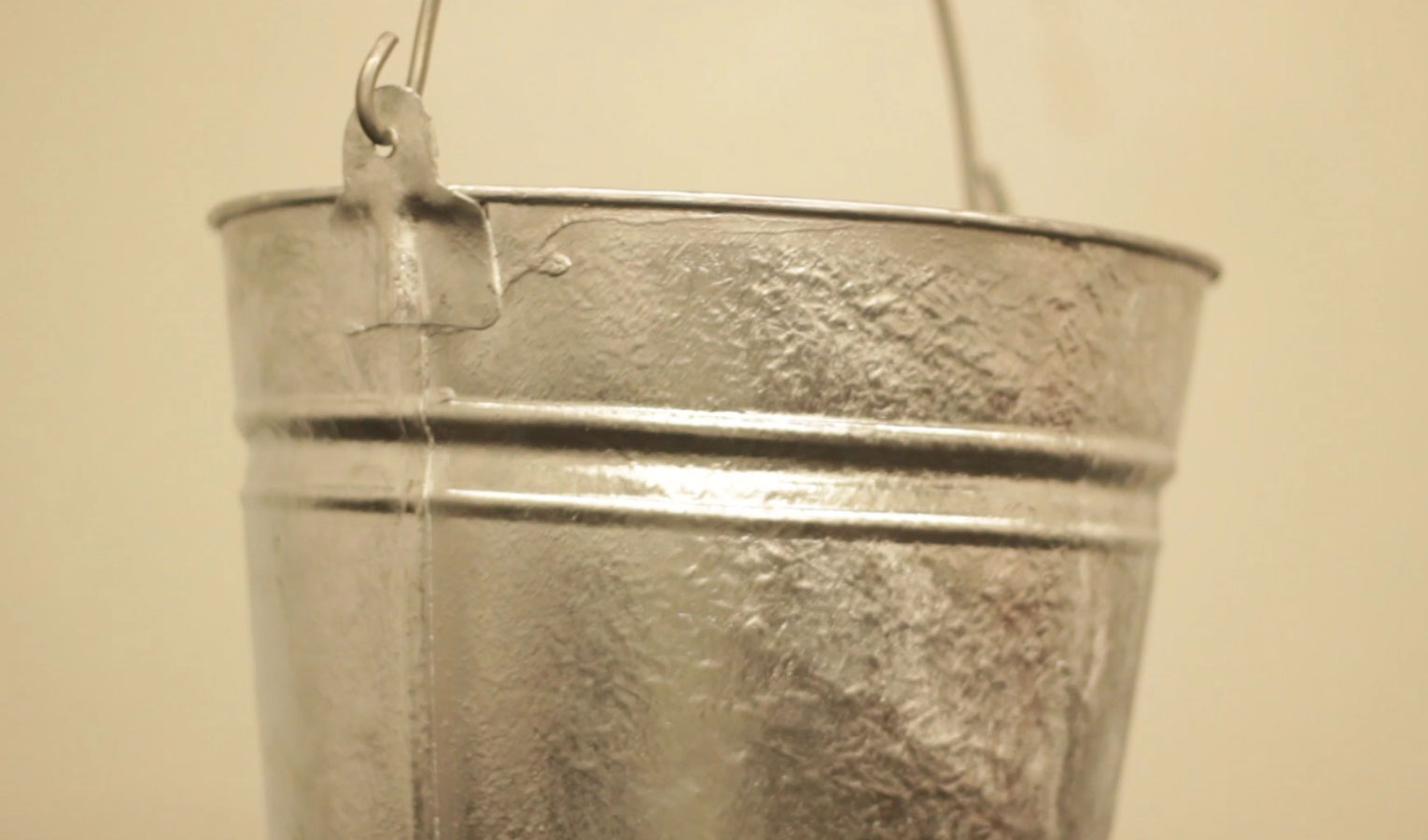 Art practice committed itself, during centuries, to mimesis and representation by capturing nature visually. Today, after decades of romantic affairs with new technologies and media we introduce the age of simulation, one that based on Baudrillard’s ideas of Simulacres et Simulation starts from the radical negation of the sign as value. In art, this new form of procedural aesthetics obliges to re-think the way in which we understand physical phenomena by means of digital media.

This thesis proposes the creation of a system of mixed natures, a space where bits and atoms coexist and stabilize themselves by means of simulacra. I introduce a reevaluation of the traditional view of noumenon and phenomenon; a re-visitation on how the unknown, the unobservable trans-mutates into the known, the sensed world. A cybernetic structure which obeys to the contemporary and technological needs of the human experience and its understanding of reality.

We think linguistically therefor we exist as signs. Phenomenological philosophy has stated for years that our physical reality is a semiotic construction produced by our minds and projected outwards by the ability of our nervous system to interact with the material world. Sensory processing is how we call the mechanism through which our biological sensors and mechanoreceptors operate; these transmute kinetic energy into electric impulses providing information on pressure, position, deep static touch features such as shapes and edges, visual data, sound, among others. Edmund Husserl theorized about the phenomenological information involved in the perception of reality, he refers to it as Hyletic Data; the elementary “stuff” from which perception arises and interpretation happens; the raw impressions of experience; the abstraction of form.

This phenomenological approach to fundamental ontological questions does not appear as a new proposition for many of the subject areas of our humanities; philosophy, literature, art. Representation, in aesthetics studies, has been for long, deeply concerned about some of these original inquiries, questioning visual mimesis of the world and validating these against the physical universe itself. Joseph Kosuth’s “One and Three Chairs” from 1965 is an irrefutable example of the problem of representation and reality in art; a chair, a photograph of the chair and a dictionary’s definition of a chair, all installed together in a gallery space; a piece that plainly disrupts the idea of the physical object being the real and the rest just mere portrayals or icons of the original. Kosuth indexes, with a very simple but highly conceptual art piece, over 50 years of semiotics and linguistic studies by implying the question: Which of the three is the chair? Precisely, it is in an example like this, when we corroborate how Husserl’s Hyletic Data, contained in the experienced object, affects the significance and interpretation of what appears to be real.

Now, in order to refer to this fundamental problem of representation, in present-day, it is imperative to analyze the primordial role that new technologies play in the construction of meaning and understanding of reality. It is no longer enough, in such respect, to talk about semiotics and interpretation of signs as means of comprehension of the external world. With the emergence of computer science and the appearance of cybernetics, the term simulation emerged; now a whole new stratum overlays the old paradigm, as stated by the American film critic and theoretician Bill Nichols in his essay entitled “The Work of Culture in the Age of Cybernetic Systems”:

“The chip replaces the copy. Just as the mechanical reproduction of copies revealed the power of industrial capitalism to reorganize and reassemble the world around us, rendering it as commodity art, the automated intelligence of chips reveals the power of postindustrial capitalism to simulate and replace the world around us, rendering not only its exterior realm but also its interior ones of consciousness, intelligence, thought and inter-subjectivity as commodity experience. The chip is pure surface, pure simulation of thought. Its material surface is its meaning without history, without depth, without aura, affect, or feeling.”

Simulation appears to somehow aggregate to the life-lasting artistic practice of representation a new scope; time, the movement and behavior rules of this “represented forms” in space. Cybernetic systems articulate external expression to processes of the human mind, through in-chip electronic signals, such that the very ground of social cohesion and and representation of nature becomes mediated through computational means. Representation is stepped forward and achieves the state of simulation. As a result a new hybrid dimension is rendered, one standing on the brim between the physical and the virtual; a juxtaposition of the natural and the artificial; a new space of ingrained simulacra, in which, both, the basis of representation of the natural through aesthetics and the fundamental cybernetic examination of the control and flow of information, move towards a more complex idea of control of sensory experience, interpretation, intelligence, and knowledge.

In order to understand how digital information (as output of a simulation) transmutes into a sensory experience, I have engaged in the creation of a hyper-real environment that uses simple elements of both, physical and virtual dimensions in order to comment on the emerging intersection of the virtual and the physical while revising classic theories of phenomenology. Concepts such as noumenon and phenomenon have become the basis of a new theoretical framework to which I refer to as: technoumenon, or the transcendental technological object; an indescribable reality we often address as some kind of digital substance, one made of bits laying “behind” the world of observed phenomena. In the words of the celebrated Theoretical Physicist John A. Wheeler:

“Space-time continuum itself—derives its function, its meaning, its very existence entirely—even if in some contexts indirectly—from the apparatus-elicited answers to yes-or-no questions, binary choices, bits. ‘It from bit’ symbolizes the idea that every item of the physical world has at bottom—a very deep bottom, in most instances—an immaterial source and explanation; that which we call reality arises in the last analysis from the posing of yes–no questions and the registering of equipment-evoked responses; in short, that all things physical are information-theoretic in origin and that this is a participatory universe”.

It is a realized fact that humanity’s enthusiasm for exploring the digital realm has created a parallel chimerical dimension to the physical reality, while positioning the individual in a rather disorienting space; somewhere in-between nature and technology; oscillating in the middle of bits and atoms. My thesis project is concerned with the emergence of perceived simulated/represented phenomena which arises from the digital unobservable; an exploration on how bits (abstract units of “information”) transmute into atoms and create meaning. For this, I propose an art installation that uses simple simulation and representational elements as validation of my newly developed idea of technoumenon; in other words a system that bridges the digital transcendental object (in its pure abstracted form; the bit) with the manifested phenomena perceived and interpreted by the human apparatus.

Five motorized pulleys will be installed on the ceiling of an empty space. Each of these holds a string with a metallic bucket hung from the other end. A centralized mini-computer generates a parallel flow of bits of data which are thrown randomly into each bucket (simulating/representing drops); the contact of this invisible digital particle triggers in each bucket a solenoid which subtly hits the metallic interior of the container; generating a “water-drop” sound. The central system holds information of the number of drops contained in each bucket and calculates its current weight. The motorized pulleys loose string as the buckets get virtually heavier. 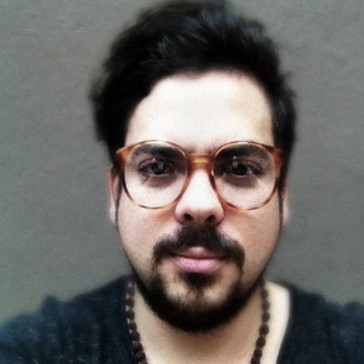 fito_segrera is a New York based contemporary artist whose work focuses on new technologies and digital media. Since his graduation as a Fine Artist and Technologist in audiovisual and Multimedia production at the Jorge Tadeo Lozano University of Bogotá, his artistic practice has focused on problematizing around topics such as: the origin of virtual worlds and their effect on the understanding of reality, the avatar as an extension of the human body and how it acts upon the construction of identity, man-machine integration/symbiosis, trans-humanism, wearable technology mediated/mixed reality. Currently an international Fulbright Scholar at Parsons, The New School, New York. His main exhibitions are: SIGGRAPH 2014, COLLISION 20 and 21 at Boston's Ciberarts Gallery 2014, Huston International Performance Biennale 2014, SXSW Austin TX 2014, EYEBEAM New York 2013, AGORA COLLECTIVE CENTER Berlin 2013, Dorkbot NYC 2013, Harvestworks New York 2013.