My name is Jason — sometimes I use the stage name dada powell. My goal is to apply fine art principles to rap and expand the aesthetic possibilities of rap performance using new media strategies. I also enjoy building websites, creating self-portraits, drawing people on the train, and animation. 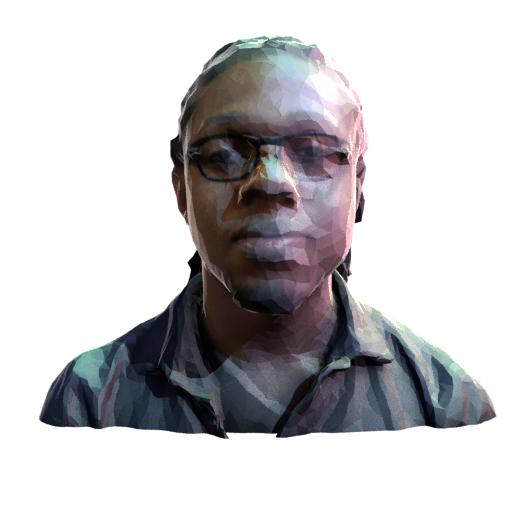 Hip hop culture encompasses visual as well as literary practice. Traditionally, rappers are acknowledged for their literary and lyrical prowess, including their ability to engage listeners with vivid storytelling and performance. But how would the perception of rappers change if their literary skill was matched with an accompanying design sensibility and methodology? What sorts of performances would emerge from this kind of approach? Using technology as the bridge between design and rap, this thesis aims to address these questions and ultimately establish “rap performance art” as a distinct element of hip hop culture.

Blackbody Radiation is a new media rap performance involving projected visuals that accompany and augment a song about self-discovery, empowerment, and vulnerability. The goal is to create a unique and immersive new-media rap experience, without completely abandoning traditional rap performance characteristics — particularly, the interaction between performer and audience. Indeed, the use of new media str 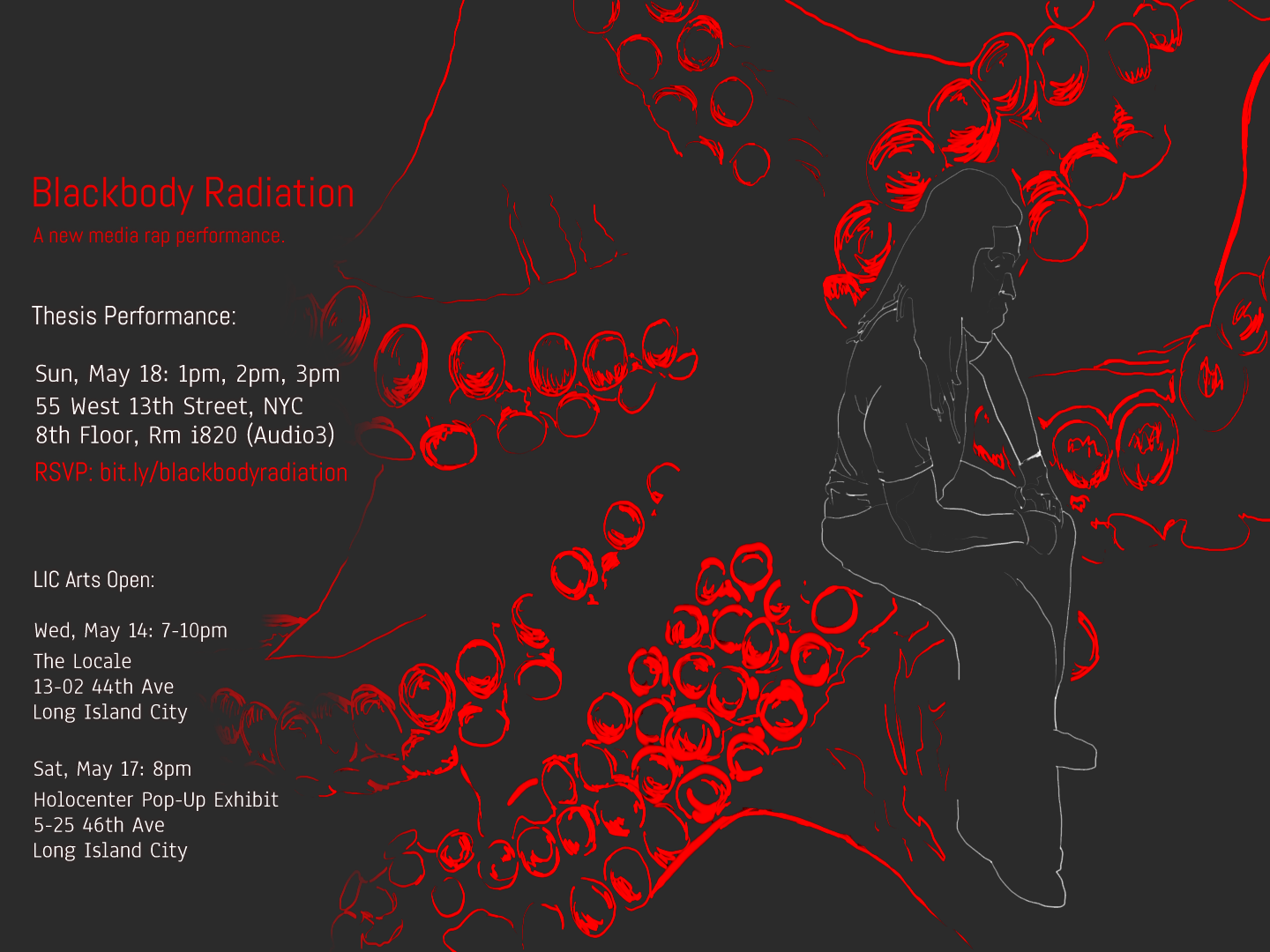