conceptual symbols based on gay sexual culture in the digital era 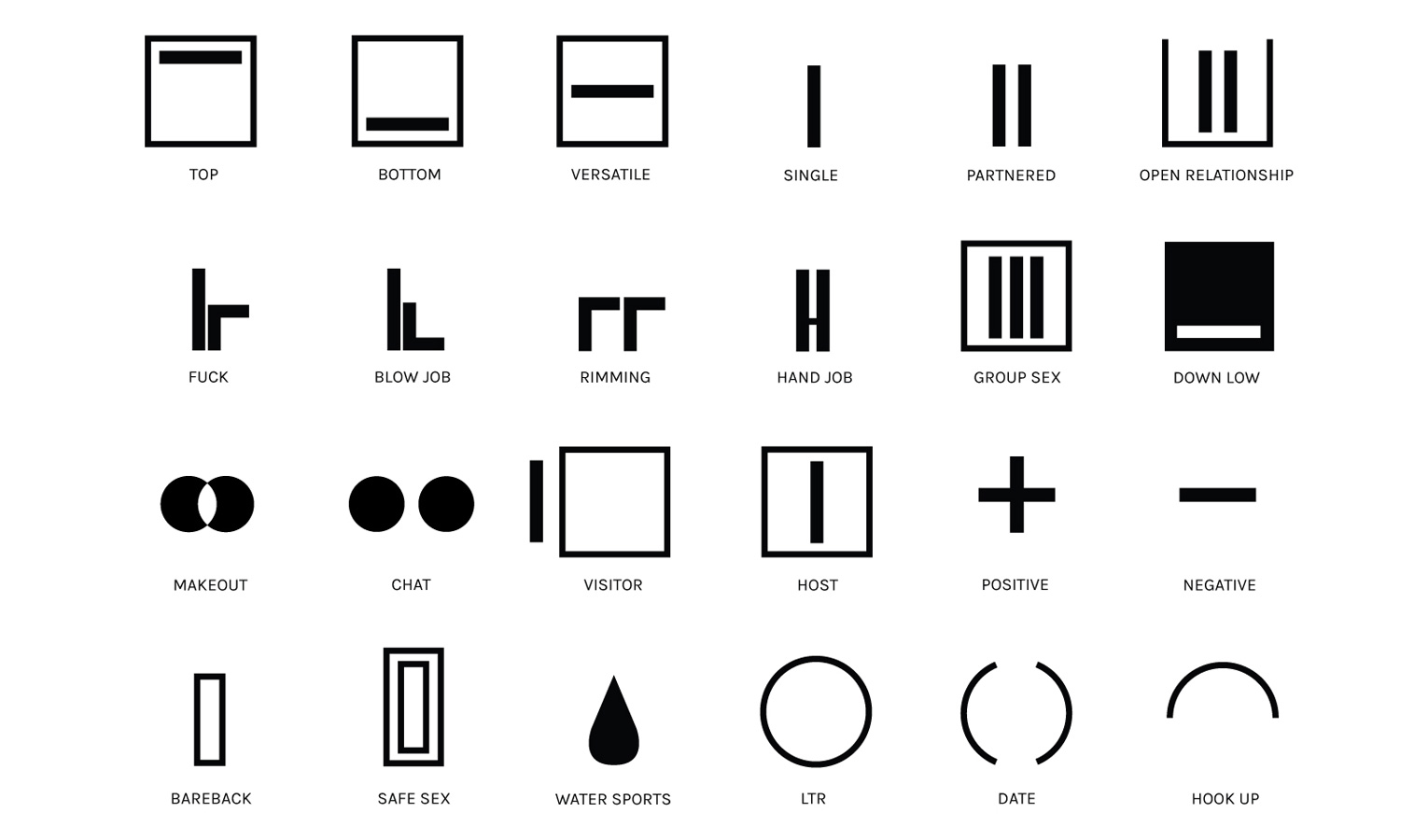 M4M is a personal narrative told through a set of original ideographic symbols that serve as a conceptual reflection of digital communication and interaction in the gay community. Through my own experiences, observations, interviews, and study of symbols and culture I created an abstracted, yet singular, curated series of media projects that expose and break down the often immoral and promiscuous implications that surround gay sexual culture. Connecting the audience through current modes of communication, M4M is presented as an interactive, understated narrative web platform as well as a printed art zine that references gay periodicals that visualized gay culture through the last quarter century.


At the base of this endeavor, I was creating a conceptual language that represented sexual preferences, positions, and common identifiers used in the gay community. Ultimately, after several iterations on the symbol set, I settled on ideographs that had a more stark and abstract aesthetic, and largely inspired by ancient alchemist symbols. Henry Dreyfuss, the famed industrial designer of the 1940’s, researched and extensively catalogued and ambitious encyclopedia of international graphic icons in the 1970’s, in which, one section of this book included symbols that were used within the homeless community. The symbols had a stark and simple design, referencing primitive indeographs from Egypt or Sumeria, and were used to communicate messages like ‘safe shelter’, ‘clean water’, or ‘dangerous neighborhood.’ Titled ‘Hobo symbols,’ these served as a major reference for M4M, not only aesthetically, but also since the symbol set was developed and used by a subverted and often overlooked population of society. More contemporary influences included The Noun Project, a democratically organized, subscription-based website that users can design and sell icons and Xu Bing’s graphic novel, The Book from the Ground, published in 2012, which narrates a story only using commonly known symbols and icons, pushing the boundaries of symbolic expression and narrative.

It had been suggested to make these symbols into emojis, but what was more interesting to me was what if men used them on their bodies and clothing as representation of not just what they are looking for at the moment, but what the symbol represents for them emotionally? As online texting, visual communication, and ‘grindr tribes’ become the normative atmosphere for the gay community, is this indicative of a culture regressing back to their primitive roots? This lead me to painting the symbols on body parts and clothing of men met online as representation of what symbol culture could lead to in the future. Since street art and graffiti were originally a reactionary form of art culture, I began tagging gay bars and clubs with the symbols, alluding to primitive drawings on cave and rock walls that held narrative details of daily life and also referencing the subverted culture that graffiti sprang from in the late 1970’s.

As we continue to separate sexual desires, preferences, and types to better communicate what gay men are looking for, will there be anything to universally connect us as we progress? Sometimes the best sexual encounters are those not made in expectant ways, the type of meetings that are a pleasant surprise, and the moment when you realize there is something special you like in someone. The moment when you question if this person has a partner, could he be dating anyone, or possibly broken up with someone in the near past…are they in love with someone else? Are they in love with you?

Digital photos of muscled jocks can be sexy. And so can flat stomachs, biceps, dimples, and thick hair. But mannerisms can be sexy as well. And so can gestures, the pitch of a man’s voice, the stammer in his laugh, or the way he flexes his neck when he sits down. Chatting and pictures are becoming the reliant formula to a quick connection. If you have mastered the art of taking pictures of yourself, you are more likely a venerable favorite in social media spheres. In the gay community especially, nothing gets you more attention than a cute face and muscles garnered from a strict regimen of trips to the gym and a protein-focused diet. Talking to many men over the years, an underlying sense of passivity and boredom seem to bring most men to perusing these online networks and the reliance behind using these sites or apps needs to be examined as well. A love and hate relationship maybe, but any gay man today will most likely have used or use on a frequent basis these apps and websites to connect with and meet men. How will men in the digital age continue to search for sex, companionship, friendship, and ultimately, physical connections with the rapid advances in communication technology? How will this impact the emotional aspect of our relationships as we rely on texts and pictures more and more. M4M attempts to explore these questions by representing a personal exploration of gay sexual culture and possibly points to a near future of digital interaction in the gay community. 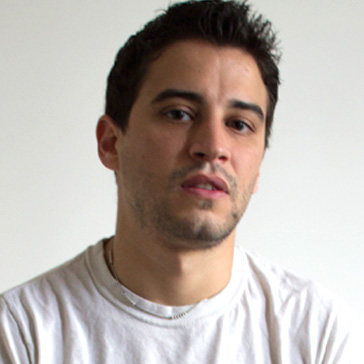 Sean O'Connor is a multi-media artist and graphic designer living in Brooklyn, New York. Born in Indianapolis, Indiana in 1983, Sean developed his artistic practice at an early age, drawing almost everyday since the age of five. He has received both a BFA and MFA from Parsons School of Design, working as a freelance designer for the past several years. His artistic vision is often grounded in visual communication, pairing subverted topics like homosexuality, sexual expression, and gender stereotypes, with suggestive, but non-explicit mediums like comical illustrations and iconic, graphic-based imagery. Much of his work relies on contradiction; melancholic, but whimsical; sexual, but restrained. He will present his first solo exhibit at the Leslie Lohman Museum of Gay and Lesbian Art in 2016.