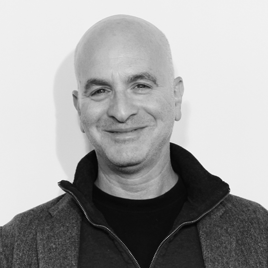 Ethan Silverman is the author of the play JACK FROM ABOVE (Baryshnikov Arts Center 2008, Bay Street Theatre 2009, Kennedy Center, September, 2010) which he began at Yaddo (2008).  Most recently, he and Pippin Parker co-created UNDER THE GREAT WIDE OPEN, a collaboration between The New School for Drama and Parsons The New School For Design.  He is currently developing a narrative project based on THE BAUHAUS GROUP by Nicholas Fox Weber.

Ethan also adapted and directed Pete TownshendŐs THE BOY WHO HEARD MUSIC (New York Stage & Film, 2007).   His work as a writer/director includes the short, CENTRAL PARK (Sundance Film Festival 1997, PBS 1998) and THE WAITING CHILDREN, a documentary short about Russian Orphans (Sundance 1998).  His full-length documentaries include writing and directing AN UNCOMMON LOVE about The Teen Time Program at The Bedford Hills Correctional Facility and producing GIVING VOICE in Stromboli, Sicily.